"Growing Up" by Anthea

Hi all.
How are you all doing this lovely April day?  I come to you from out bush.  Yep - that is right!  I am currently enjoying a few weeks of camping on the Murray River.  OK - I am in town right now as I have to work tomorrow and the idea of having a camp shower at 7 in the morning isn't that appealing to me at all - so I thought I would take the opportunity to show you my latest creation. 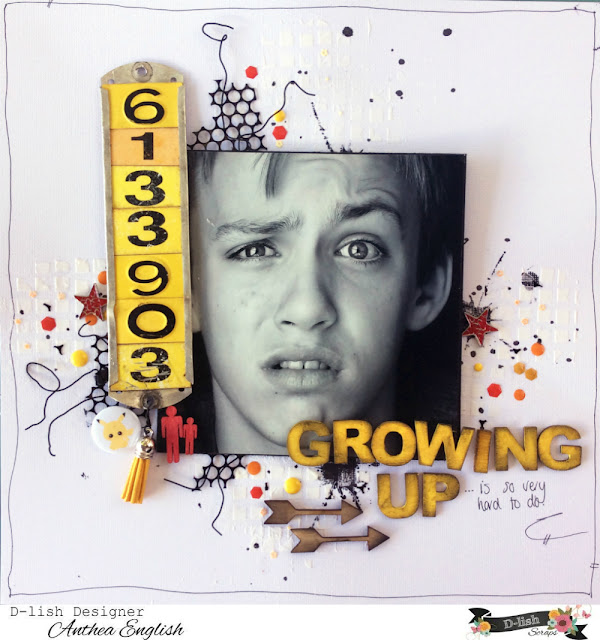 Now scrapping while camping is not a usual occurrence for me - and I am still not sure what possessed me to bring my supplies with me.  I am sure, however, that I am really happy with the result.
This whole LO was centred around that big number thing alongside the photo.  It was attached to a piece of wood on the wood pile and I became somewhat obsessed with using it on a LO.  A few of my fellow campers (a few = all but my hubby) thought I was verging on crazy and were certain that the wine had finally done it's job on me.
Firstly I did my background - now being that this was done on a camp table with dirt underneath, I thought grungy was the way to go (just in case a gust of wind turned everything upside down).  I pulled out a couple of grungy D-lish stencils and used one with texture paste and the other with ink.  I then added enamel dots and epoxy stickers for colour.  I also added some teeny weeny star sequins and used tiny cut up bits of punchinella to add some more texture to the LO. 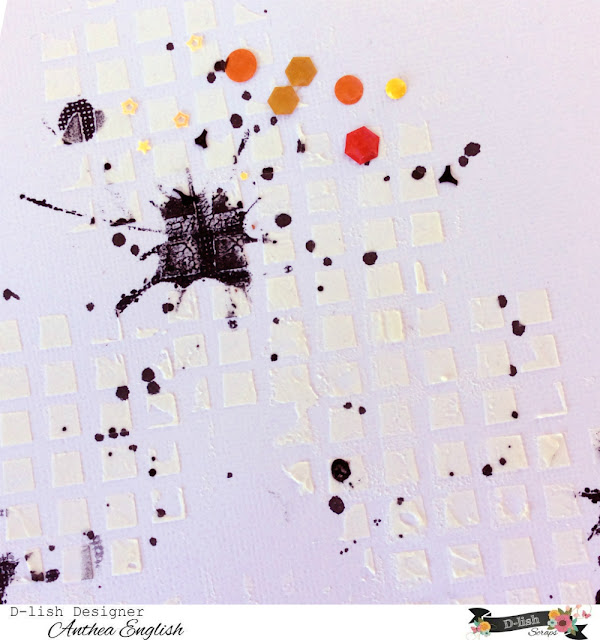 I then started on my clusters and had a bit of fun.  One of my non-scrappy friends was sitting with me when I was doing this and she suggested that I thread the wire through the punchinella and I went with it.  I told her I wouldn't credit her with the idea but I can't not - in all honesty it looks pretty cool all messed up in there - it also helps hold it down.  (A stapler would have worked just as well if I had that with me......). 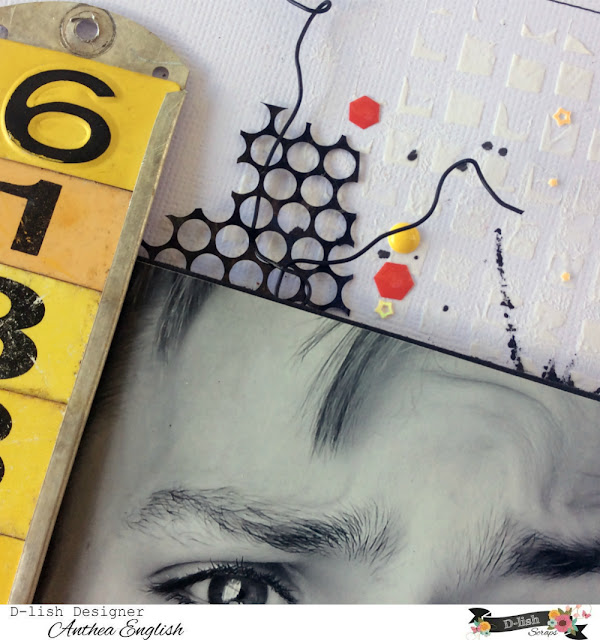 You might be questioning the use of the Pokémon  flair button!?  I originally pulled it out because the colour was perfect for this LO - but in the end - I kept it there because this LO is about growing up and Pokémon was one of my sons favourites when he was a kid.  It just seemed to work.  The little chipboard boy and man were sprayed red to represent growing from boy to man (pretty deep stuff hey?).  The red star you can see poking out there and the tassel were added just because I like them (not so deep!).  The red star came from the clearance section but the Retro Revival kit has some cool red stars in it too if you are looking for any. 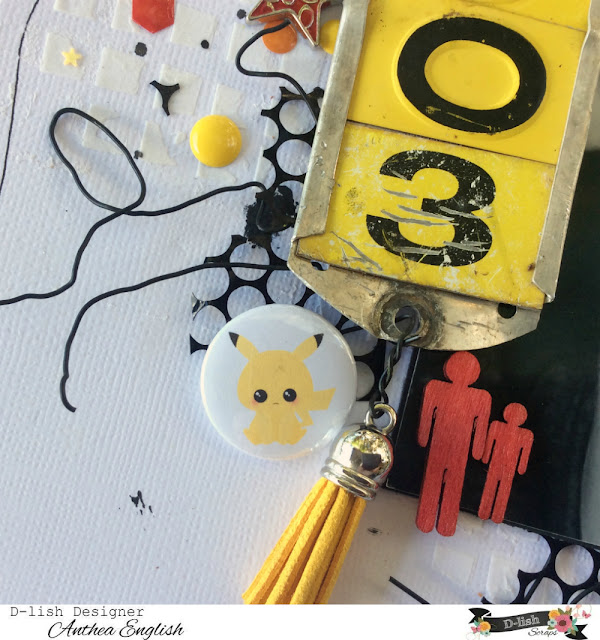 I then added my title.  I used wood veneers for this and just painted them and inked them to get the look I was after.  (I do apologise to the bee that landed on these while wet - I don't think that the paint was very good for his poor little wings.) The arrows were thrown on at the last minute and I simply inked them up to suit the rest of the LO, they were from a past JAP kit.  (You can also see those cute little star sequins a bit better in this photo) 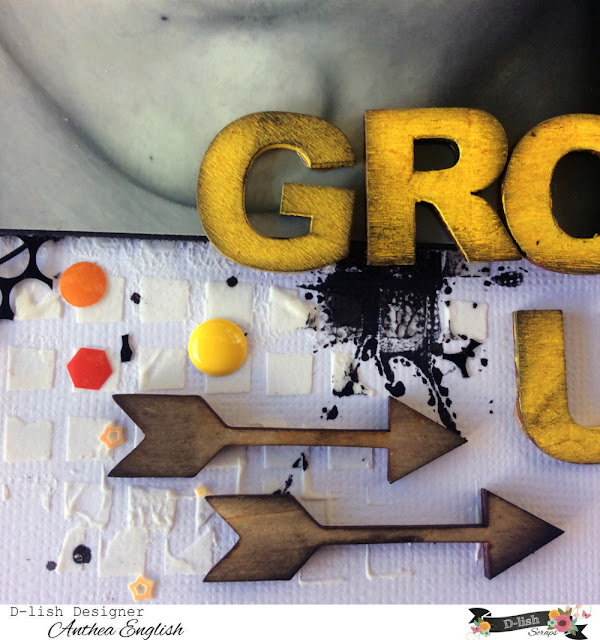 All in all, I am thrilled with how this LO turned out. I am still amazed that I achieved this with minimal supplies while out camping.  I hope you like my LO too and hope I have inspired you to get grungy.
Till next time -take care.
Hugs.
Anthea
xo 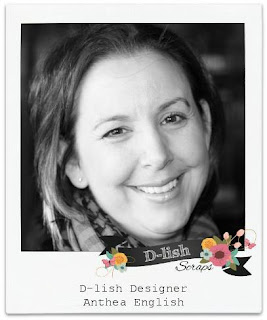 For lovers of all things D-lish! Chat with like minded papercrafters and play along with our monthly cybercrops.